“For those who are interested in history of science Daedalus Hyperboreus is a fascinating reading.” –Upsala Nya Tidning 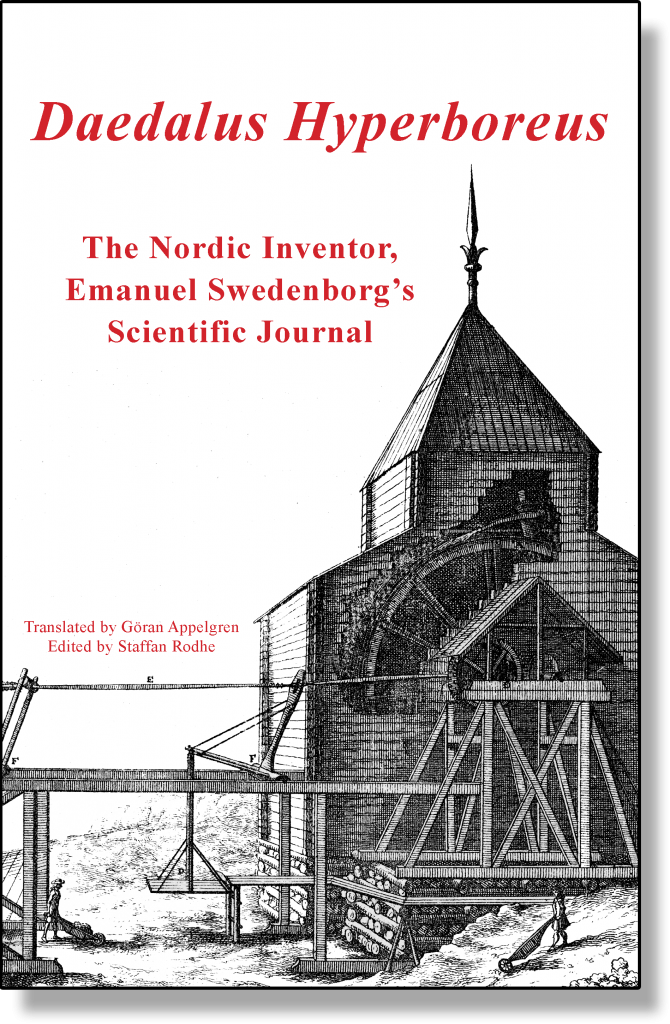 Daedalus Hyperboreus [“The Nordic Daedalus”] is the first ever scientific journal in Sweden and one of the first in Europe. Swedenborg himself wrote the majority of the 38 articles. Sometimes he has used Polhem’s notes and letters, and at times has carefully studied Polhem’s machines in action. In many of the articles he also describes his own inventions and experiments. They deal with such things as the construction of a flying machine, ship-building, methods to establish the longitude at sea or to find the proportion between the volume of geometrical bodies.