that is on Mined or Crystal, Sea, or Spring Salt

Translated from the Latin by Michael V. David

“Because salt was the number one commodity in the world, and Emanuel Swedenborg, with his interest in mining and manufacturing, was inspired to write the definitive textbook on the subject.” -Reuben P. Bell, DO, PhD 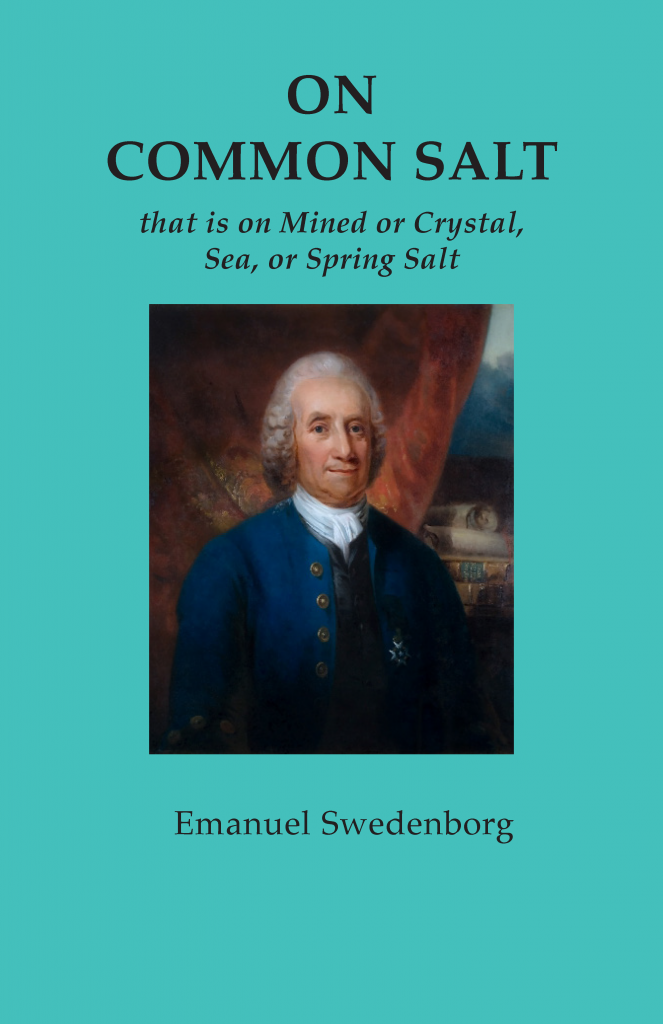 Many of Swedenborg’s works have yet to be translated into English. These are considered his “minor works,” and as such, often escape the interest of translators and scholars alike. But we ignore these small works at our peril. One of these is De sale communi, hoc est de sale fossili vel gemmeo marino et fontano (On common salt, that is, rock or glittering salt, sea salt and spring salt.)

Why a book about salt?

We know that Swedenborg had an academic interest in “common salt” from his extensive treatment of its physical and chemical properties in his Principles of Chemistry, of 1721. But the present work, On Common Salt, written sometime between 1724 and 1733, is different. Here we find a very practical exploration of salt in its natural state, with a lengthy discussion of where it is found and how it is collected and processed for human use. Gone is the theoretical treatment of salt by Swedenborg the chemist; in this book we find Swedenborg the Assessor of Mines at work, describing the geological and engineering aspects of the same substance, but this time for its economic and practical value. In this respect, On Common Salt fits nicely into the Philosophical and Metallurgical Works of 1734, companion volumes to Swedenborg’s Principia, dealing extensively with Iron (De Ferro) and Copper (De Cupro). Salt was an important commodity in Swedenborg’s day, and it is difficult to appreciate this importance in his world, so different from our own.

Refrigeration, one among many life-enhancing inventions of the twentieth century, was a far more important development in human cultural history than anyone might suspect. Prior to the ability to preserve food in refrigerated storage the world relied on salt as the primary means to achieve this end. From the neolithic era, finding and producing salt for the preservation of food was essential to life, making this commodity more precious than gold. Wars were fought and kingdoms were won and lost over control of a steady supply of salt.

The Erie Canal, a massive public works project in the Great Lakes region of the United States, was all about bringing salt to New York City from a prehistoric production site near Buffalo, New York. With the advent of refrigeration, this engineering marvel silted in and disappeared. The economy of Upstate New York has never completely recovered from this single technological development.

The discovery of oil was in large part an accident of salt production. Brine wells drilled for salt production were often spoiled by the presence of “rock oil” seeping in. Soon people began to drill for the oil instead of the salt, and the oil industry was born.

Because salt was the number one commodity in the world, and Emanuel Swedenborg, with his interest in mining and manufacturing, was inspired to write the definitive textbook on the subject.

On Common Salt was not a “minor work” in Swedenborg’s day. It was a definitive scientific reference on the many ways that the world produced salt, with detailed descriptions of the various technologies behind its production. It was an essential book on an essential mineral of the pre-industrial world. This brings a fascinating new perspective to another of Swedenborg’s many scientific works.