The Influence of Emanuel Swedenborg on the Genesis and Development of Osteopathy, Specifically on Andrew Taylor Still and William Garner Sutherland

by Dr. David B. Fuller 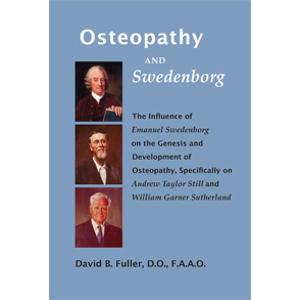 This book is available in hardcover and in Kindle format from Amazon.com.

This book is available in digital ebook format for any eReader device (such as Nook or Kindle) through this website.